Looking for the best Michelin Star Restaurant in Singapore? Check out our top selected companies.

Just to give you a little background, Michelin Stars are a rating system used by the Michelin Guide to grade restaurants based on their quality. Restaurants may receive zero to three stars for the quality of their food based on five criteria: quality of the ingredients used, mastery of flavor and cooking techniques, the personality of the chef in his cuisine, value for money, and consistency between visits.

Restaurant inspectors do not look at the interior decor, table setting, or service quality when awarding stars, meaning even a hawker stall or an eatery can receive such.

For your convenience, we’ve listed the four Michelin Star Restaurants in the metro that you can now visit again for dine-in.

Zén is Björn’s first international restaurant to serve only a tasting menu and similar to Frantzén, a visit to Zén is a gastronomic journey through the three floors of the restored heritage shophouse. The tasting menu speaks of its own individuality while conveying the signature Frantzén culinary philosophy, which is anchored on Chef Björn’s creative approach to Nordic, French and Japanese cuisines. Comprises nine courses and canapes, the menu is created by a combination of Frantzén techniques and the finest seasonal produce. Guests can also look forward to flavors and ingredients unique to the Nordic region that are reimagined the Frantzén way.

Zén offers an original non-alcoholic juice pairing developed by the culinary team to complement the tasting menu. Designed as a continuation of the Zén and Frantzén culinary philosophy, all of the beverages are equally imaginative and produce-driven. An example is a sparkling aperitif made of heirloom tomatoes and red plums. Alcoholic beverage pairing is also available. The team includes General Manager Aaron Jacobson from 3-star Benu in San Francisco and Head Chef Tristin Farmer with a background including Maze by Gordon Ramsay in London, Aberdeen Street Social in Hong Kong, and Marina Social in Dubai.

Les Amis, a French restaurant in Singapore’s heart, is a gourmet feast and the peak of luxury and exquisite dining. The restaurant has had an impact on Singapore’s opulent dining scene since 1994, offering a Japanese-influenced twist to classic French cuisine.

With an elegant setting and cuisine by famous Chef Sebastien Lepinoy, it’s no surprise that this restaurant has been well-regarded for over two decades. Since its inception as an independent fine-dining establishment in Singapore, the restaurant’s popularity has skyrocketed, as has the facility itself.

Jaan by Kirk Westaway is a Michelin-starred fine dining institution in Singapore known for its exceptional cuisine and attractive surroundings. This restaurant is famed for seasonal French cuisine, yet Chef Kirk’s creations have an English comfort to them due to his British ancestry.

Odette, which first opened its doors in 2015, is a fantastic representation of French cuisine and a great example of Japanese-French fusion. The meal here blends the finest of both cultures, with gorgeous presentation and flavor combinations that delighted your taste buds every second you ate here while dining.

The sushi restaurant One Fullerton is a collaboration between the founder of Hong Kong’s three-star Michelin Sushi Shikon and the Emmanuel Stroobant restaurant company. Given that Michelin inspectors may need to visit a restaurant multiple times, they only had a little time to complete their assessment.

While guests were “mingling” through Zoom, Stroobant stopped in for a “conversation” from time to time to discuss the meal and give consumers the opportunity to interact with a Michelin-starred chef.

The impression of complexity in its simplicity is what makes a meal at Saint Pierre so memorable. Each dish has only one name and a few extra words referring to the composition (happily, we are no longer forced to four lines of description for each culinary item that insists on the provenance and discusses a farmer named Juan who hand-reared and bottle-fed a Wagyu cow for a year).

28 Wilkie is tucked away on a quiet section of Wilkie Road, but it’s not difficult to discover. The atmosphere is laid-back, with clean lines, white walls, and black accents on the banquettes and bar counter. While 28 Wilkie is hidden from view, its food has quietly been creating ripples among guests who have discovered its allure.

Juan Amador, a German chef who opened his own restaurant in Singapore, calls the Goodwood Park Hotel home. Alma restaurant, which is Spanish for “soul,” is a Modern European restaurant with Asian characteristics inspired by Iberia.

Alma was Singapore’s first Michelin star recipient, obtaining one in 2016. It still has one star, which is astonishing in a city where there are so many excellent restaurants. Alma, located some distance from the city center, is well worth a trip away from downtown Singapore.

Shisen Hanten is the most popular Szechwan restaurant chain in Japan. It opened in Singapore in 2014 on the 35th floor of Mandarin Orchard Singapore, with 14 restaurants in six cities around Japan. The “Father of Szechwan Cuisine,” Chinese immigrant Chen Kenmin, launched Japan’s first Szechwan restaurant in 1958.

Waku Ghin’s traditional design is mirrored in its classicism; there are no bare-bones floors or concealed doorways, and the interiors eschew any gimmicks. Instead, the restaurant sticks to its tried-and-true style of chi-chi flooring, smooth marble counters, and private dining rooms, complete with a handmade grill that is an integral part of the overall experience. They’re not here to admire the decor, though. In the culinary world, this chef/owner has a solid reputation.

Because they are so extraordinary, Michelin restaurants should have their own category. They are the best of the best and provide service that is unmatched and will make you salivate! Singapore is the only place to go if you want the best culinary experience. It has even more Michelin stars and some of the top restaurants in Asia. To locate your next fantastic dining experience, check out our list of 10 Michelin-starred restaurants. We hope you appreciate this list as much as we do.

Do check out our list of Ramen Places and have time to visit them.

What restaurant has the highest Michelin star?

Why is it called Michelin star?

Are Michelin stars a big deal?

A Michelin star is the ultimate hallmark of culinary excellence. Michelin stars are awarded to restaurants judged to be of a particularly high standard. Eateries that make the grade can be awarded one, two, or three stars, and the accolade is much-coveted by chefs around the world.

The Finest Clinics for Jaw Botox in Singapore

The Finest Sleep Clinics in Singapore 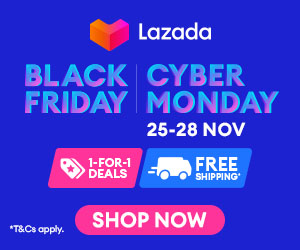