The Finest Game Stores in Singapore

If you’re a gamer, you could probably write a book on attempting to get your hands on the latest releases. It isn’t as much of a concern these days, owing to dependable video game stores. Whether you prefer an Xbox, Playstation, or Nintendo, these video game retailers are likely to offer what you need. Here are the greatest game retailers in Singapore to meet your gaming requirements.

They stock the most recent games and systems as well as older or prior console generations, including PC, Xbox One, Xbox 360, Playstation 3 & 4, and Nintendo Switch titles. You can purchase easily and conveniently online through their Facebook Store and Shopitree catalogue, or visit one of their physical stores in Singapore.

Dollytheshop has been around for a long time and, despite its limited selection of video games and accessories, is still a popular video game store. It’s because video game fans adore their excellent customer service and the fact that they always have the most up-to-date and popular games accessible. As incredible as it may seem, the store’s massive fan following can be ascribed to the store’s entire staff’s passion for video games. They express their enthusiasm by offering advice and sharing their knowledge of the latest games and systems.

Gamewerks is the place to go if you’re looking for games for your Xbox, Nintendo Switch, or Playstation, or if you’re thinking about buying a system with games. Additionally, gamers who like portable gaming systems will be pleased to see that this store has a larger range of older handheld gaming systems such as the Nintendo DS and Nintendo 3DS lines.

Toys”R”Us boasts the most extensive toy selection in Singapore! They have ten locations across the island. Toys”R”Us Asia is the top retailer of toys, games, recreational equipment, and educational products in Asia, as well as baby needs under the Babies”R”Us brand. The company is headquartered in Hong Kong and employs over 10,000 people across Asia, including Brunei, mainland China, Hong Kong, Japan, Malaysia, Singapore, Taiwan, and Thailand — as well as licensing over 85 outlets in the Philippines and Macau.

Qisahn carries a large selection of video games and video game merchandise, including the latest systems like the Nintendo Switch, Xbox Series S, and Playstation 4 Pro. Look no further for new video game console releases, since they will be the first to stock them once they are announced. They also sell physical versions of games for PC, Xbox, Playstation, and Nintendo Switch.

GameXtreme has been a popular destination for video games in Singapore for quite some time, and it has a devoted following. They are known for their dependability and integrity because they only deal with genuine, high-quality products that come with an excellent warranty and replacement options. One of the things that makes this store popular among gamers is that it has the largest trade-in platform, where video game fans on a budget can quickly find trade-ins or second-hand discounts.

They’ve been serving your board game and tabletop wargaming requirements for more than a decade! They’re confident you’ll find something you enjoy among Singapore’s largest collection of board games.

In February 2018, RPG – Right Place for Gadgets officially launched in Paya Lebar Square! They are primarily a video game store that specializes in the sale of video games, consoles, and the most up-to-date technology! They accept any new and used games and gadgets for trade! We’ll see you in their store.

Jacki is the creator of Game State Singapore. She indulged her four children (three boys and a girl) for four decades as they followed her on business trips to find the latest tiny board games. They hauled box sets from Australia, the United Kingdom, and the United States, some of which were higher than they were. Many hours were spent reading up on the latest lores, and rulebooks, and putting those figurines together in the family’s craft area.

Welcome to Shopitree, the premier online video games and digital entertainment retailer. They are delighted to offer a diverse selection of video games, gaming collectables, and famous technology at a low cost and in a straightforward manner. Shopitree is Southeast Asia’s fastest-growing gaming retailer, shipping thousands of products worldwide from its Singapore headquarters. They have a large database of consumers, often known as gamers, and a reputation for providing excellent service.

What game is popular right now?

How many people play fortnite?

Fortnite still has more than 350 million registered players to keep the game alive and running. In addition, Epic Games revealed that 3 to 4 million people played Fortnite concurrently in January 2022. 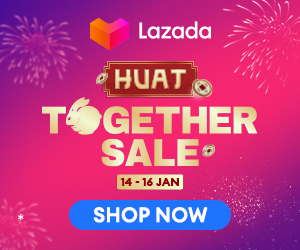