Online games are designed to be played at any time and from any location. All you need is a gaming device to get started. The difficulty is that you can’t carry your PC or console on the bus, and you can’t even open a laptop on a busy train to play a fast game. What better way to quench your thirst than with a gaming smartphone? A gaming phone is the most popular choice among fans due to its ease of use and portability.

Although it cannot provide the same user experience as a desktop or console, the immersive effect is nearly, if not exactly, identical. Below is a top 5 list that contains the finest of the best, which comes at a greater price, so bear in mind that none of these phones will be under 3,000 dollars. We’ve also included a list of things to look for in a gaming phone to help you get the most out of your gaming experience.

Do you enjoy playing games on your phone? We all know how popular mobile games, particularly online games, have become in the lives of today’s smartphone users. Whether you’re playing Mobile Legends, PUBG Mobile, Genshin Impact, or any other mobile game, an e-sports player is someone who regularly plays games. We always conduct research before purchasing a gaming machine, whether it is a desktop or a laptop. Do you know how to pick a gaming smartphone, though? When purchasing a gaming phone, there are seven factors to consider:

When it comes to smartphone performance, the CPU and GPU must be prioritized. AnTuTu Benchmark has already given the Qualcomm Snapdragon 845 CPU a score of 270,000+. The Snapdragon 845 is built on Samsung’s 10nm LPP and improved to Kryo 385 in terms of specs. The core architecture is still eight cores.

The four primary cores have a maximum frequency of 2.8 GHz and provide a performance boost of 25% to 30%. Four tiny cores with a frequency of 1.8 GHz provide a 15% performance boost. The Snapdragon 845 was updated to the Adreno 630 in the GPU department. The performance was enhanced by 30%, the energy consumption ratio was increased by 30%, and the video processing efficiency was boosted by 2.5 times when compared to the previous generation.

The gaming phone must have a screen that is at least 5.5 inches in size. The 18:9 full screen is a little better since a whole screen may be easily and accidentally controlled. For example, when playing Clash of Clans (COC), a large screen makes it simpler to assault during the clan battle, whereas a tiny screen display phone makes it significantly more difficult. Mobile game fans typically want a larger display to experience the most visually appealing games.

So, before you go out and get a gaming phone, think about what display size would be optimal for you to play a game on. People usually focus on a large screen when it comes to smartphones with screens larger than 5 inches since a larger screen provides greater comfort to consumers than a screen less than 5 inches. Today’s premium smartphones have refresh rates of 90Hz, 120Hz, or even 144Hz for a smoother display.

In the mobile industry, ROM stands for Read-Only Memory, which is also known as internal storage. RAM stands for Random Access Memory, and it’s used to store data that has to be accessed quickly. As a result, it is in charge of our phones’ data transfer speeds. Large internal storage is now a benefit while playing high-resolution games. High-resolution and large-file games have OBB files that are roughly 1GB in size or larger. You won’t have to worry about storage if you acquire a phone with 64GB of internal storage for gaming. Another key consideration is the amount of RAM available.

Now, all smartphones come with at least 1GB of RAM; however, within that RAM capacity, there are various variations, such as RAM with low megahertz and RAM with high megahertz. Choose a gaming smartphone with the greatest and highest-performance RAM, such as more than 2GB. You will receive the greatest and highest speed and fastest data processing arrangement for gaming on a smartphone in this size configuration. If you want to use your smartphone for gaming, make sure it has at least 2GB of RAM and a high megahertz.

When it comes to gaming phones, the appearance of coolness is the first thing that comes to mind. It’s similar to the difference between a game console and a keyboard. The lighting effect should be cool, and the LOGO is the light’s most direct reflection. When the phone is turned on or game mode is activated, the LOGO might be illuminated. It will be nicer if the phone frame has a marquee on the back. When the music is playing, the frequency will flash, giving it a cool aesthetic.

In desktop computers, we know that the CPU is the most susceptible to heat. Using silicone grease and heat sinks, as well as a fan to fan heat, is a typical technique to manage the heat problem, but fan cooling is fraught with noise and power consumption. Every inch of location is crucial in regions where mobile phone integration is reasonably significant. It’s unlikely that you’ll be able to use a cooling fan. As a result, phone makers created liquid cooling as a built-in cooling technique for gaming phones. When there are CPU-intensive tasks, a copper thermal heat pipe with a little quantity of liquid within is employed to transfer heat away from the CPU.

Condensation is the mechanism that allows water to cool. The liquid vaporizes when the processor warms up, keeping the CPU cool. When the vapor cools, it flows to the other end of the heat pipe, where it condenses back into liquid. Liquid cooling is used in gaming phones such as the Xiaomi Black Shark, Asus ROG Phone, and Lenovo Legion Phone Duel. Enjoy the most graphically demanding mobile games without having to worry about your phone overheating.

For a gaming phone, battery life is extremely crucial. Because of the high-performance processor, RAM, and other components, it uses more power, particularly when playing games. When playing games, the phone’s processing is more intensive than when it is idle, consuming more power. So, if you want to play games without feeling tense, go for a phone with a 4000 mAh battery while shopping for a gaming phone.

Dedicated gamepads that can be customized

Some games are easy to play and can be done with just a few clicks. Using a gamepad can help you have a more enjoyable and efficient gaming experience. You don’t have to take up the entire screen with the specialized gamepad. Physical buttons, a twin vibration motor, and a three-axis gravity sensor are all included. You’ll get better feedback via a gamepad than you would from a touchscreen. An attachable analog stick controller is included with most gaming phones. Furthermore, they have a Game DOCK that is only for games. The fingerprint key is called to the Dock while in-game, and several optimization routines safeguard the game.

Now that you have the tips in buying a gaming phone, selecting the proper gaming phone for you will be no sweat, let’s go to Singapore’s finest gaming phone.

The Best Brands of Gaming Phones in Singapore

Its strengths include class-leading power from a Snapdragon 888 chipset paired with up to 16GB of RAM, as well as a screen with a refresh rate of 144Hz and a touch sampling rate of 300Hz – both of which are higher than other phones and which we found useful to gaming.

Product Review: The ROG Phone 5 takes the already great formula established by its predecessor and modernizes it for 2021. It has a fast and fluid screen, a surprisingly great main camera, brilliant performance, best-in-class audio, and a flexible software experience. For those reasons, the ROG Phone 5 is the best gaming smartphone you can buy right now.

The Legion Phone Duel, Lenovo’s first gaming phone, combines amazing gaming-specific capabilities with other top specs and features. The phone supports 90W rapid charging and features a pop-up camera that keeps the screen intact. It also has a powerful processor and software that is designed to work in landscape mode. All of these factors combine to make it an excellent gaming environment.

Product review: Really a very good product for gaming, worth every penny. Did have play store and all required gears that came with the phone. Charging is insanely fast, really loving my first gaming phone experience. 1 year warranty for product on shopee as told by seller. Thank you!

The Nubia Red Magic 5G features the world’s first 144Hz smartphone screen, which is great for gaming thanks to its silky smooth refresh rate. We also noticed that the show was quite bright and colorful. However, that isn’t the only feature that makes it excellent for gaming. In fact, it’s built expressly for gaming, with shoulder triggers for added control, a fan and liquid cooling system to keep the handset cool under duress, a dedicated ‘Game Space’ to tailor your gaming experience, and a ‘4D Shock’ feature that adds vibration to games.

Product Review: Item received in good condition. Well packed with no dents or faulty parts. The graphics is great! Smooth and fast. The sound is loud and clear. The air trigger works fine. The cpu fan is working great but the battery drain quite fast too. Should come with at least 1 silicon casing cos it’s too slippery

The Xiaomi Black Shark 3 is the finest gaming phone from the Xiaomi sub-brand, albeit it falls short of a few other brands’ current gaming phones. The phone is large, has a dramatic appearance, and LED lighting, and its features are exactly what you’d expect from a gaming phone – top-of-the-line. In our tests, the cameras were also surprisingly competent, especially in low-light situations, albeit the optimization could be a little too aggressive at times.

Product Review: If you’re looking for a smartphone to play mobile games on, you’ll be safely serviced with the Black Shark 3, as its hardware and software work well together to make your gaming experience a treat.

The original Razer Phone was a great initial attempt at bringing the game-specific brand to a mobile device, but it had a few flaws that pushed it down our ranking. The second iteration has solved some of the issues and introduced a more powerful gadget, albeit it is still largely oriented at gamers.

Product Review: If you’re an RGB-loving gamer who lives an overclocked life at 120Hz, then there’s a good chance the Razer Phone 2 will push your buttons.

Whether you’re a professional gamer or a recreational gamer who likes to be connected all the time, you know that having the perfect gaming phone can improve your performance while also adding to the fun and excitement. Smartphones specifically developed for gaming, on the other hand, might be prohibitively pricey.

The Finest Rice Dumplings in Singapore 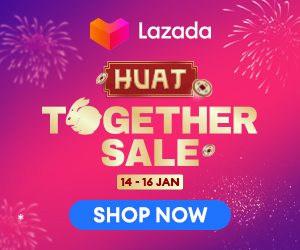