Looking for the best omakase restaurant in Singapore? Check out our top selected restaurant

In Kyoto, Teppei is a very well-liked sushi restaurant with a lengthy waiting list. But that’s because people generally agree that its omakase is incredibly affordable and delicious. The quickest fingers will be rewarded because they have 22 seats and that reservations are available at the beginning of every month.

The multi-course Takayama Japanese Restaurant, which is situated in the center of Downtown, offers a wide selection of genuine Japanese delicacies. Similar to a Keiseki meal, this is a “kappo-style” restaurant where elaborately prepared foods that resemble works of art are served. Chef Takayama has experience working at two renowned Osaka restaurants with three Michelin stars, Kashiwaya and Koryu.

The food is under the direction of Tomoo Kimura, who previously spent 15 years working at the Michelin-starred Ginza Restaurant. What’s the best method to appreciate his work? Opt for the ever-changing omakase meal made in the traditional Edo-mae manner. It includes hand-picked seasonal highlights from Japan that a chef has selected.

Owner of Ki-sho and former head chef at one of Singapore’s best restaurants as well as one of Kyoto’s best restaurants is Kazuhiro Hamamoto. The charming Ki-sho is located in a grand colonial estate on Scotts Road. It has a 10-seat sushi bar and several private rooms with distinctly creative Japanese accents like hand-laid floors and gold leaf decor.

Hashida Sushi is a high-end sushi establishment owned and operated by Kenjiro “Hatch” Hashida that specializes in omakase service. Having studied under his father, none other than the renowned master chef Tokio Hashida, in Tokyo, he has more than 20 years of culinary experience.

If you want affordable, real Japanese food, this is a great place to go. This 36-seat restaurant, where handroll sushi omakase-style eating is offered at affordable prices, was given to us by the owners of the Feather Blade, another excellent restaurant.

The kitchen is run by Masaaki Sakashita, a chef from Kyoto who has experience with Hashida and Ishi Sushi. Takenouchi Webb, the architect of the restaurant, combined modern architecture with opulent oriental elements. One example of modern design blended is a light pink Gucci wallpaper with gorgeous white crane motifs, a cascading wave of washi papers hanging from the ceiling, and a wood counter made completely of 250-year-old hinoki.

The Michelin inspectors have confirmed that Shoukouwa, a restaurant in Tokyo’s Shinjuku district, has two stars. The fastest restaurant to receive two stars after launching may very well be Shoukouwa. It accomplished this in just four months. The proprietor of the sushi restaurant at One Fullerton is a partnership between the creator of Sushi Shikon in Hong Kong and the Emmanuel Stroobant dining organization, yes, the same one that owned Saint Pierre.

The finest ingredients are used to make every sushi roll, from the premium Koshihikari rice to the custom-crafted garnishing sauce. This restaurant’s chef, Gary Ng, has twenty years of experience. Take pleasure in the sushi omakase, which includes a selection of excellent sushi, filefish, soup, and ice cream. 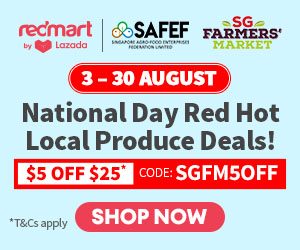