The Finest Wedding Emcees in Singapore

Looking for exceptional wedding emcees in Singapore? Check out our top selected individual. 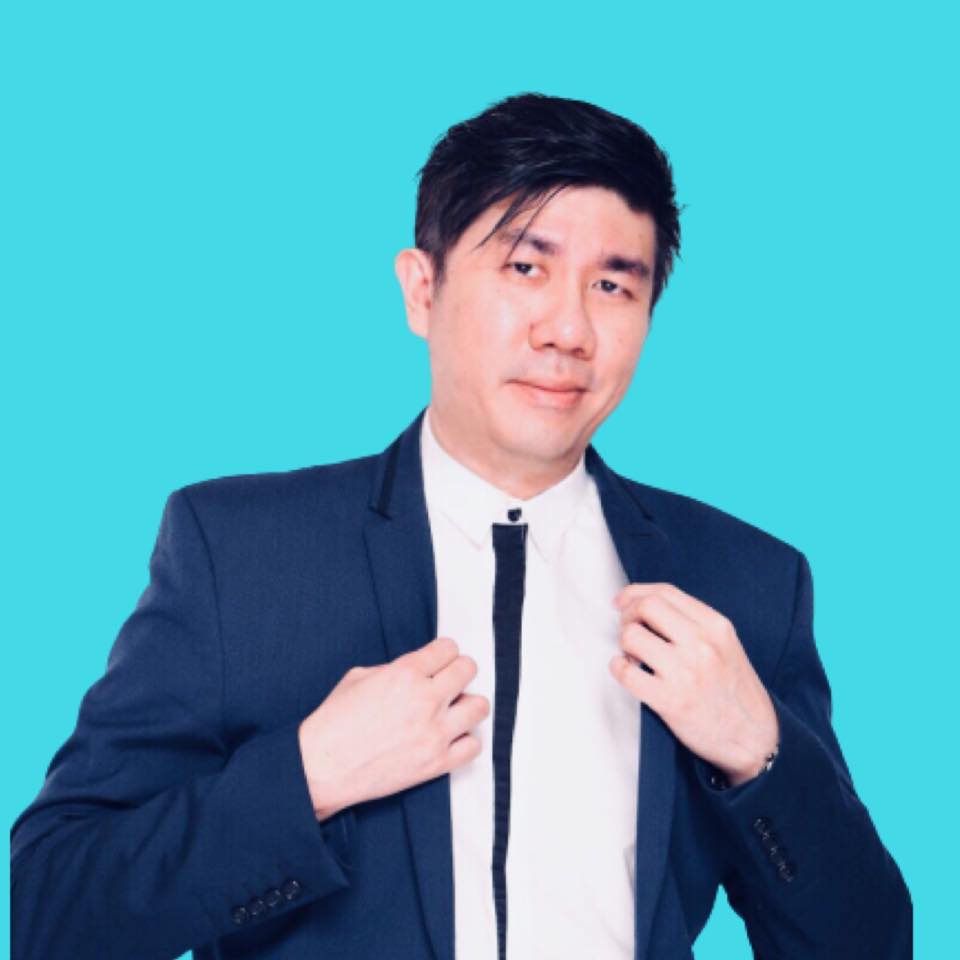 Linus has 16 years in wedding hosting and 25 years in performing music under his belt. He was also voted as one of the Top 5 wedding hosts in Singapore!

More than an emcee but a wedding organizer and entertainer, Linus has helped many couples design and run their tailor-made celebration, creating a heart-warming and entertaining wedding through his energetic hosting and unique style of piano playing and singing, allowing them to be “hands off”, chill and focus on their guests!

Linus has also guided busy couples in simplifying wedding preparations, thus allowing them to enjoy the process, while lessening their stress and anxiety! 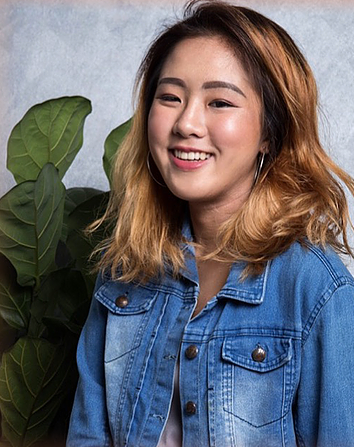 7 years as a professional emcee

She used to think of failure as ineptitude, which drove her to despise herself and feel insecure. Many approached her when she became open and recounted my failures, telling her that I had encouraged them to overcome and go on. Her personal relationships became stronger over time. I was more confident in my networking with professionals. People recalled her because she was radiating her narrative and spoke with honesty. Finding your voice and developing your narrative are the first steps toward effective personal branding and confident communication. Her goal is to inspire and guide millions of people to achieve the same. So come on in and let’s begin your adventure together. 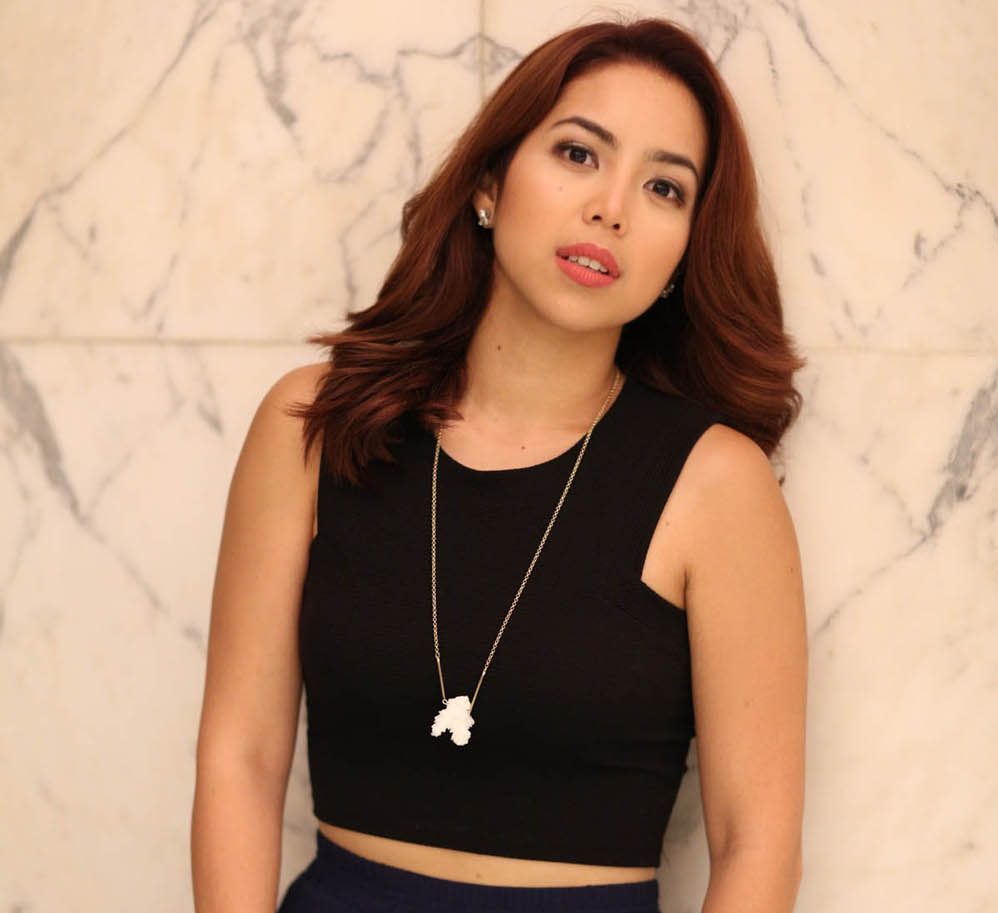 Charmaine has always astonished her audience and customers in Singapore with her outstanding hosting talents, cheerful attitude, and enthusiasm since her early job as a young DJ and emcee. Charmaine continues to learn, grow, and improve as a seasoned celebrity emcee.

Her background in hosting, voiceovers, and emceeing has molded her into a polished celebrity emcee capable of presenting any event. She is the most flexible and professional presenter and emcee in Singapore, having hosted press conferences, product launches, and corporate dinners. 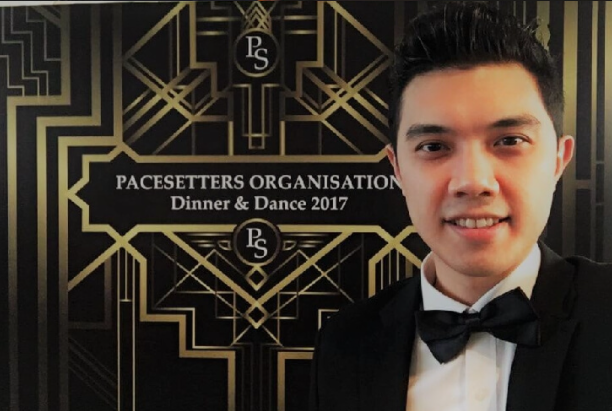 Stanley began his hosting career 16 years ago at a secondary school for school functions.

A person who is very enthusiastic and versatile enough to manage any stage or crowd that is put in front of him. He will be able to stand out from the crowd and compel the audience to pay attention because of his positive perspective and physique.

He can organize a variety of events, including solemnizations, weddings, business dinners, community events, charity events, roadshows, and more, so you can be certain that your event will be in excellent hands. He’s also interested in acting and singing, and he’s looking to further develop himself so that he can give more value to his clients and audience. 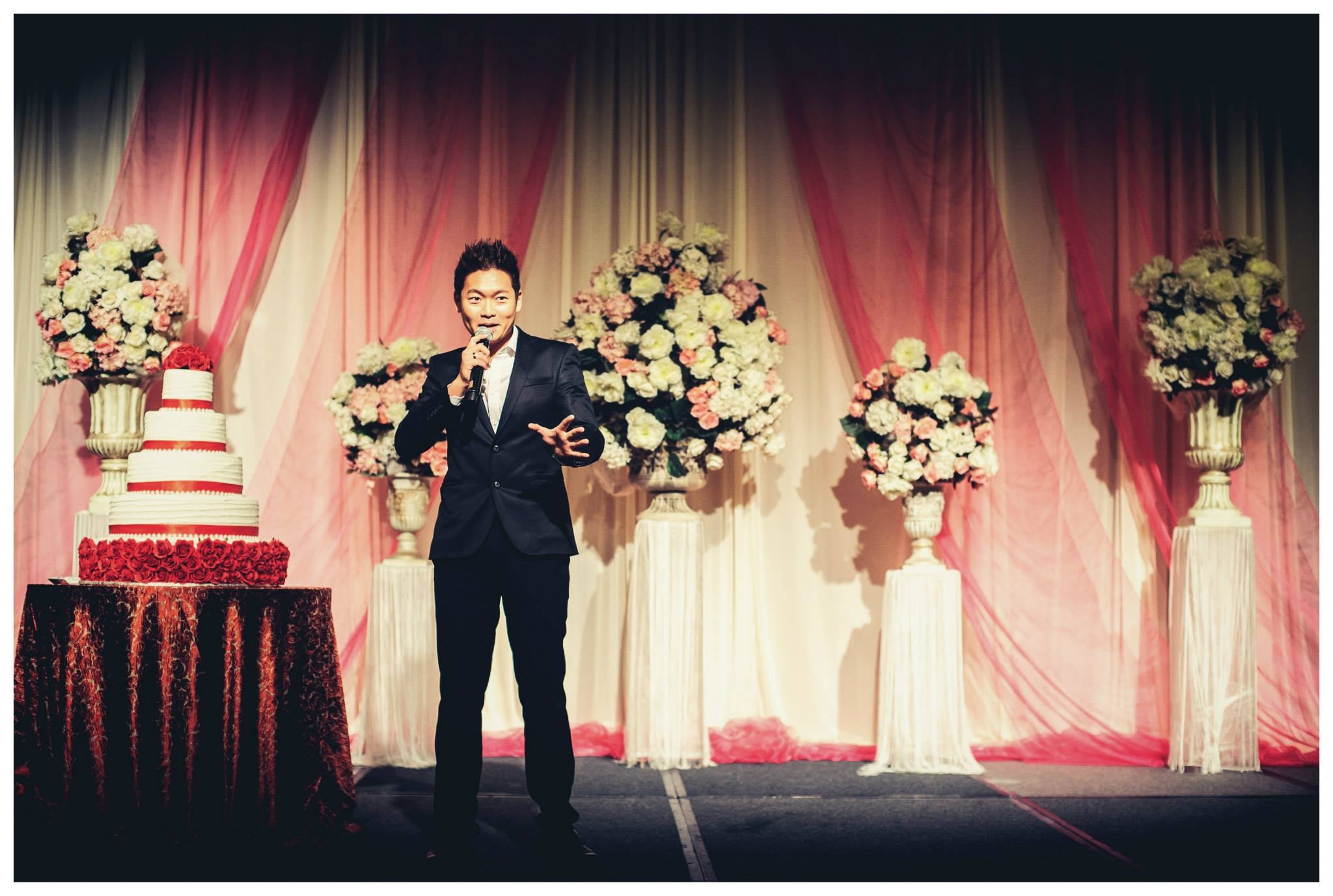 Are you looking for a seasoned professional emcee in Singapore who is well-known in the wedding and event industry? Introducing Emcee James Yang, one of Singapore’s most in-demand emcees and a seasoned professional in the corporate and wedding worlds. Singapore Emcee James Yang is a charismatic emcee that engages the crowd in a way that no other master of ceremonies can. His events are like a conversation between himself and the audience. Every moment is captivating and participatory as he speaks, they laugh, he charms, and they reply in kind.

His reputation as a Professional Singapore Emcee has grown over time, and his career demonstrates his versatility: he has worked with everyone from celebrities to military people, as well as many event/wedding businesses. Regardless of the event, James is frequently the client’s first choice emcee. Events are about more than simply entertainment; they’re about making lasting experiences and friendships. Emcee James Yang, who is dynamic, flexible, and bilingual, blends his distinctive approach with over 12 years of vast international experience to ensure a fascinating and exciting event that participants will remember for months. 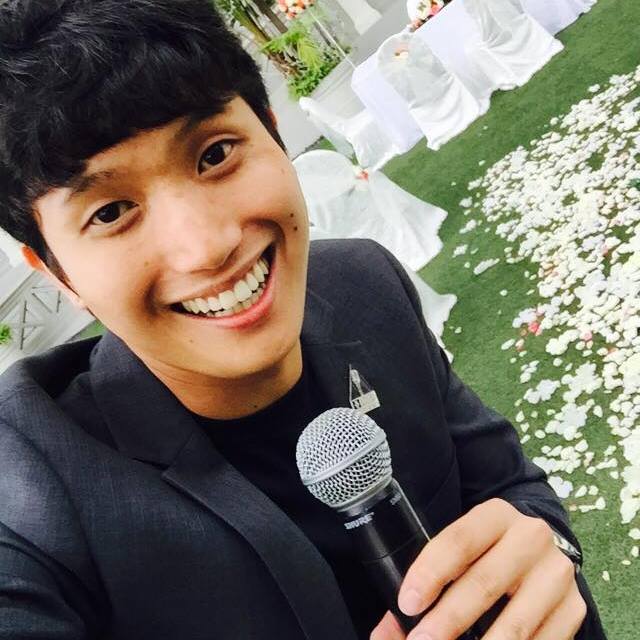 Ainsley Chong, a Singapore Emcee and Close-up Magician, is your best bet for elevating your event to new heights. He is a graduate of The Flying Dutchman’s Emcee Academy in Singapore, and he is sure to make a lasting impact on your guests and you. With past event management expertise, Ainsley Chong knows the mechanics of becoming the top emcee Singapore and can help you provide an engaged and fantastic event experience.

When you choose Emcee Singapore Ainsley Chong to host your event, you can rest certain that your guests will be engaged in games, entertained, and/or wowed by his voice or magic tricks while your event goes smoothly. 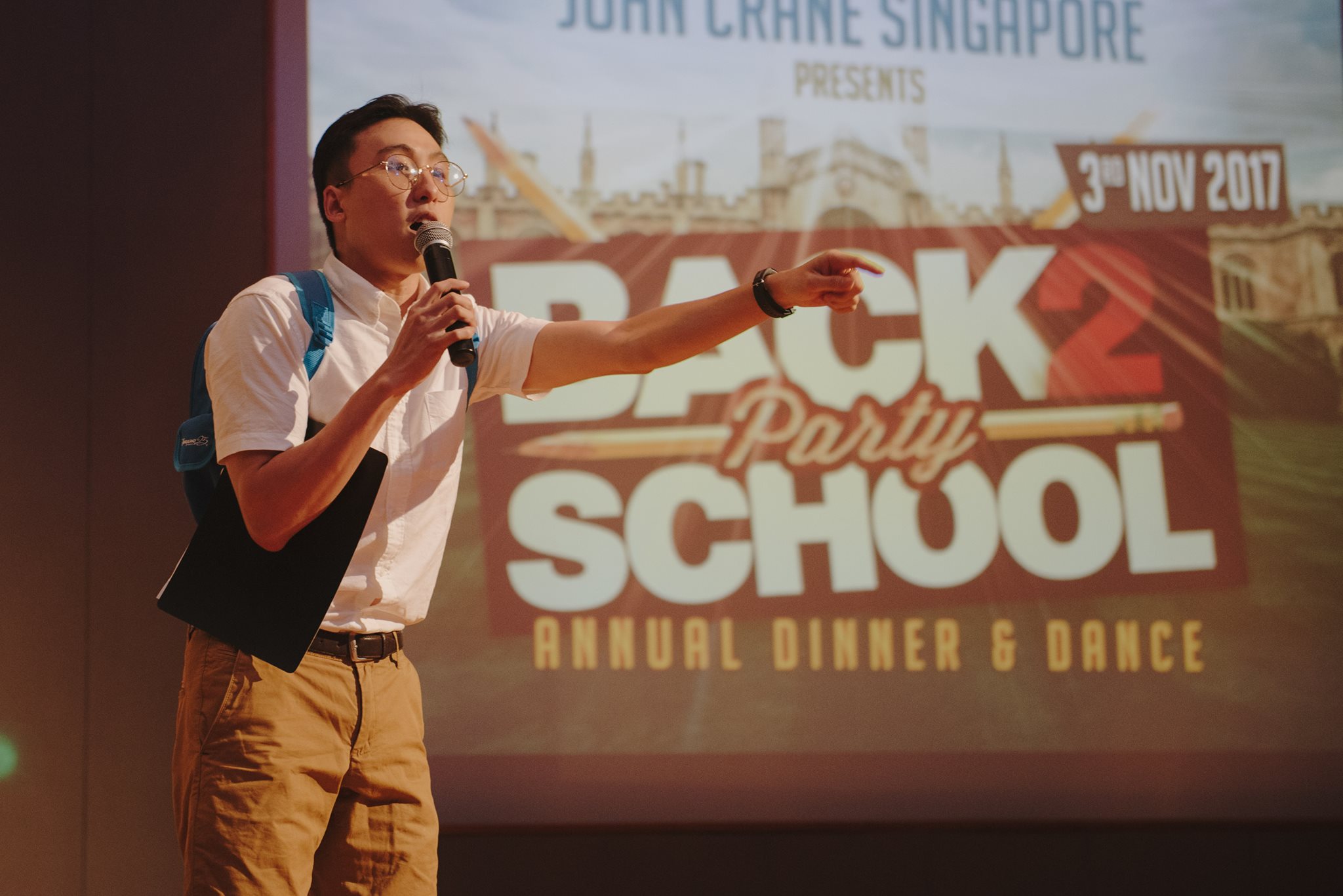 Despite the fact that Jim only began his career as an emcee in 2012, he has presented a wide range of events, including on-ground roadshows, family carnivals, and corporate dinners and dances.
Jim is a versatile, enthusiastic, and humorous alternative for keeping your guests amused! 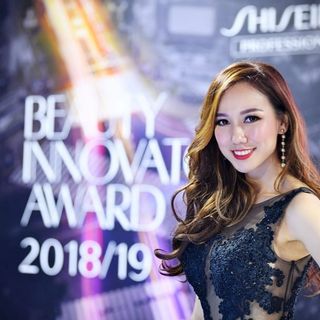 She can use her Radio Voice to connect with all target audiences and seamlessly weave in clients’ messages thanks to her Mass Communications and Media Management degree and radio DJ experience. Her ability as an emcee to dynamically connect with audiences from various walks of life with highly specific and accurate choice of communicative words is enhanced by her having studied Higher Chinese in schools.

Sharlyn was a multi-bursary and scholarship winner who excelled in both academics and track and field, making her a true all-rounder. Clients who have worked with Sharlyn praise her calm demeanor, humor, spontaneity, effervescent personality, and natural ability to connect with a wide range of people. Sharlyn is one of Singapore’s most sought-after emcees, with significant customers in the fields of fashion, healthcare, leisure, banking, property, education, travel, IT, and a growing list of clients. Sharlyn was known as the “Singapore Girl” when she worked as a hostess for Singapore Airlines, and she is the embodiment of impeccable customer service, brains and beauty. 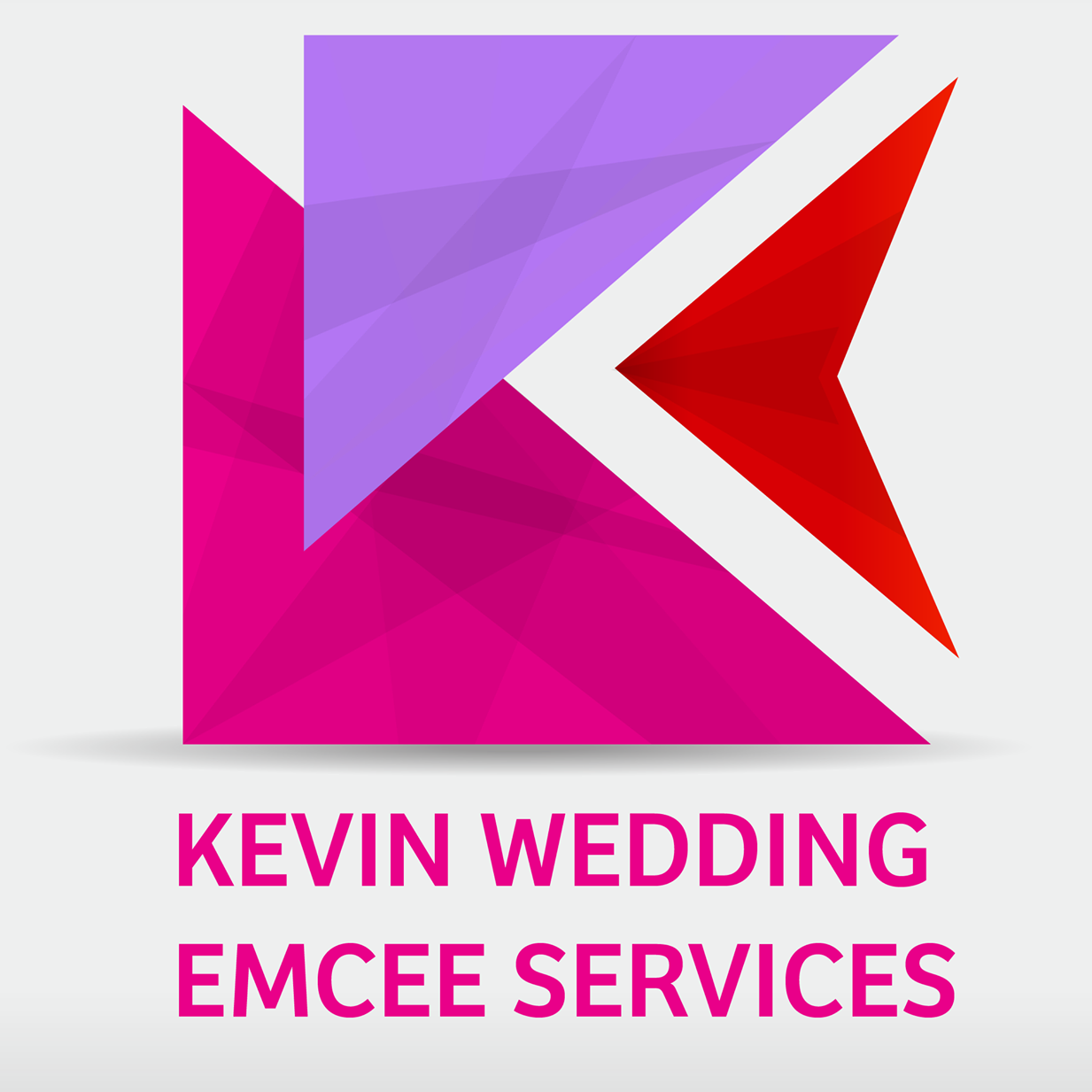 Kevin & Shoel established ‘Kevin Wedding Emcee Services’ in 2017. (But we’re not KNS!) The company’s goal is to give all couples with cheap and high-quality wedding emcee services, because we understand how expensive weddings can be! Leave the planning of your wedding banquet to us, and you can focus on being a joyful bride and groom on your wedding day. 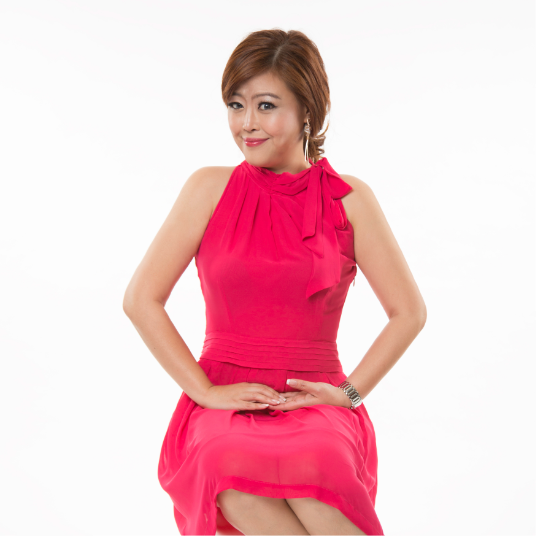 Sylvia Tham is in high demand as a Master of Ceremonies for events that require an air of sophistication. For her excellent delivery, she is in great demand for conferences and C-suite events.

Sylvia is trilingual (English, Mandarin, and Cantonese) and has hosted private and formal parties in Hong Kong, Bali, Phuket, Macau, and Penang, to name a few.

What does an Emcee do at a wedding?

A wedding MC’s job is to help your wedding go well, stay on schedule, and keep all of your guests informed about what’s going on. They’ll most likely go through any formal introductions, significant points throughout the event, and housekeeping guidelines during the event.

What should I look for in an emcee?

6 things to think about before hiring a wedding emcee 2017-08-18
Tip 1: Have a good sense of humor.
Tip 2: Respectful – may amuse without offending or potentially offending others.
Tip 3: Self-assurance and the capacity to engage large groups.
Tip 4: Be Professional and Entertaining.
Tip 5: Don’t be a people pleaser.
Tip 6: You’re a quick thinker.

What’s the difference between MC and emcee?

The Finest Honeymoon Planner in Singapore

The Finest Central Kitchen in Singapore

The Finest Reservation Platforms in Singapore 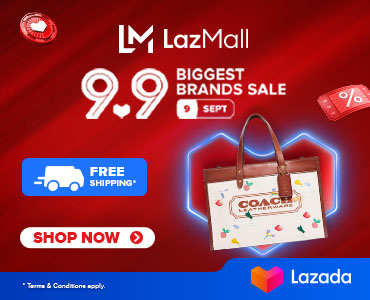