The Finest Obstetrician and Gynecologists in Singapore

Looking for exceptional Obstetrician and Gynecologists in Singapore? Check out our top selected Doctors.

Many individuals mix up the terms OB/GYN and gynecology. This isn’t correct! An OB/GYN is a doctor who specializes in both obstetrics and gynecology, whereas a gynecologist exclusively practices gynecology. While a physician can have both medical specialties, the two are not the same.

The requirements of a woman change throughout time, and it’s critical to know who to see for certain illnesses and concerns.

Obstetricians are also educated to deal with issues that arise during pregnancy, such as:

After you’ve had your baby and are coping with difficulties like postpartum depression, an obstetrician can help.

A gynecologist is a doctor who specializes in caring for a woman’s reproductive health from the time she receives her first period until she reaches menopause.

A gynecologist diagnoses and treats any disorders that affect the reproductive system, such as those that affect the cervix, uterus, ovaries, fallopian tubes, or vagina. Breast examinations, pap smears, and pelvic exams are among recommended screenings that gynecologists do. Hysterectomies and tubal ligations are also performed by them. Human papillomavirus (HPV) vaccines can also be given by a gynecologist to protect against cancer-causing HPV.

Gynecologists can also offer advise on sexual issues such as responsible sexual behavior, contraception, and sexually transmitted illness prevention. Overall, a gynecologist may handle any non-pregnancy condition that has to do with female reproductive health.

A gynecologist may diagnose and treat issues, such as:

To offer complete treatment to patients, many physicians specialize in both obstetrics and gynecology. They will be able to meet the whole range of their patients’ healthcare requirements in this manner. These doctors are known as OB/GYNs (obstetricians and gynecologists).

Dr. T.C. Chang has been in medical practice since 1986, the last 27 years as a specialist in Obstetrics and Gynaecology.

After finishing his secondary school at Brighton College, UK, Dr. Chang started his undergraduate medical student days at Guy’s Hospital Medical School, University of London in 1980. He graduated in 1985 and worked at various London teaching hospitals (Guys, Lewisham, Hammersmith, Charing Cross, King’s College and University College Hospital London for 8 years, between 1985 and 1993. In 1990, having successfully passed examinations in Obstetrics and Gynaecology, as well as Surgery, he was admitted as a Member of the Royal College of O & G, UK and Fellow of the Royal College of Surgeons, Glasgow, UK. Between 1991 and 1993, he did obstetric ultrasound research at University College Hospital, London, which led to his submission of a Doctorate (MD) thesis on “Serial Ultrasound Assessment of the Growth Restricted Fetus”. He was awarded the MD by the University of London, in April 1994.

The Centre is helmed by Dr Kenneth Wong, a gifted OB/GYN with over 15 years of experience in OBGYN medicine and surgery. As head doctor and director of the clinic, his practice is fueled by his commitment to his medical philosophy— that each woman should be able to make her own informed decisions and that a ’one size fits all’ approach has no place in today’s modern and ever-changing society.

After receiving his MBBS from the National University of Singapore, Dr. Wong served his internship and residencies at various hospitals— Singapore General Hospital and Kandang Kerbau Hospital for Women and Children, amongst them— before his admission to the Royal College of Obstetricians and Gynecologists in London. In 2008, he went into private practice, after amassing a wealth of experience and training in clinical and surgical obstetrics and deliveries. 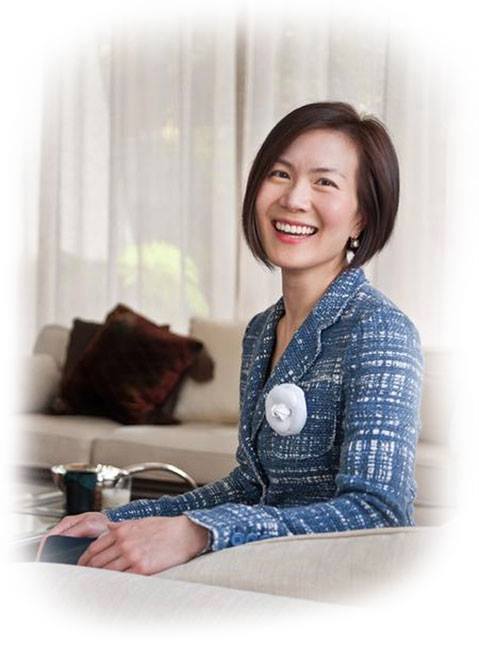 Dr. Pamela Tan is an obstetrics and gynaecology specialist practising at the Thomson Medical Center (TLC Gynaecology Practice) in Singapore. She was a Consultant in the Department of Obstetrics and Gynecology at the KK Women’s & Children’s Hospital before she went into private practice.

Dr. Tan obtained her undergraduate medical degree at the National University of Singapore and her post-graduate degree at the Royal College of Obstetricians and Gynaecologists in London, United Kingdom. She is an accredited specialist by the Specialist Accreditation Board (Ministry of Health), and a fellow of the Academy of Medicine, Singapore.

With a subspecialty in colposcopy (a diagnostic procedure to examine the cervix, vagina, and vulva for any signs of disease), Dr Tan is an accredited member and office bearer of the Society for Colposcopy and Cervical Pathology of Singapore (SCCPS). With her special interest in gynaecologic conditions, she was also a fellow for pre-invasive disease at the colposcopy and vulval unit at the Whittington Hospital, UK. While in the UK, she was a fellow at the Assisted Conception Unit at Guys Hospital where she was trained in the latest reproductive techniques and approaches in fertility.

The Obstetrics & Gynaecology Centre by SMG 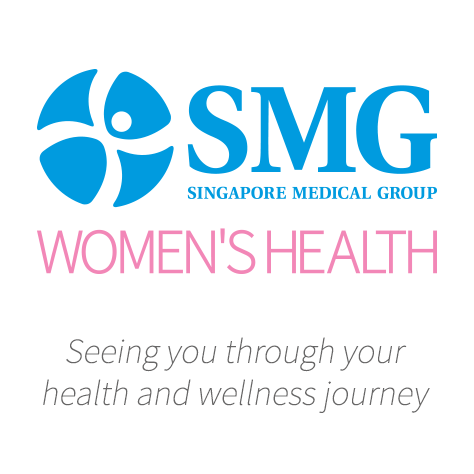 They are the Women’s Health arm of Singapore Medical Group (SMG), with a network of 15 Obstetric & Gynaecology clinics, 1 Breast Care Centre and 12 specialists, dedicated to providing our best for women’s health and wellness care.

Dr Ben Choey is a gynecologic surgeon who has been committed to women’s healthcare for over 10 years. He obtained his Bachelor of Medicine and Bachelor of Surgery from National University of Singapore in 1999 and has more than 10 years of working experience in the field of Obstetrics & Gynecology. He pursued his internship and OG training in various hospitals locally, and subsequently obtained his postgraduate masters qualifications in Obstetrics and Gynaecology in 2007. He was formerly Consultant Obstetrician & Gynaecologist at SBCC Women’s Clinic (Clementi) from 2010 – 2016.

Dr Choey is committed to offering his best services to patients from all walks of life by remaining at the top of his field with constant medical education and self-enrichment by attending overseas and local medical conferences. Through his years of training in KK Hospital, he has accrued extensive experience in gynecological surgeries, including laparoscopic, abdominal and vaginal surgeries, clinical and operative obstetrics, including antenatal ultrasound, operative and natural childbirth.

It takes another woman to truly understand the unique health needs of a woman. As a leading female Obstetrician and Gynaecologist (OB-GYN) in Singapore as well as a mother of three, Dr. Chee Jing Jye understands your special needs and concerns. It is her belief that all women should be entitled to good OB-GYN healthcare.

If you are looking for a leading female gynae who will take care of your pregnancy journey with an excellent service, you have come to the right place. Dr Chee Jing Jye is known as one of the most recommended female gynaecologists in Singapore.

Dr Kelly Loi is an Obstetrician and Gynaecologist who provides dedicated care for fertility, IVF patients and laparoscopic surgery.

Dr Kelly Loi graduated from the Oxford Medical School, is a member of the Royal College of Obstetricians & Gynaecologists and fellow of the Academy of Medicine, Singapore. She is also a Singapore Ministry of Health- authorised IVF Clinician.

During her medical training at Oxford University, she was awarded Bachelor of Arts with 1st Class Honours in Physiological Sciences in 1995. She attained the Master of Arts, Oxford University, in 1999. During her medical training, she also completed attachments at John Hopkins Hospital, Baltimore, and Massachusetts General Hospital, Harvard University. After graduating, she worked as a House-Officer in the John Radcliffe Hospital and the Churchill Hospital in Oxford. She started specialising in the field of obstetrics & gynaecology as a Senior House Officer in St Mary’s Hospital, Imperial College, London.

On her return to Singapore, she continued her training in obstetrics & gynaecology with a sub-specialty interest in fertility, in-vitro fertilization (IVF) and reproductive medicine. She served as a Consultant in the Department of Reproductive Medicine at KK Hospital. She was also actively involved in the Teaching faculties of the Yong Loo Lin Medical School and the Duke Graduate Medical School.

Dr Dharsh was born in the United Kingdom and educated in Singapore. She graduated from the Faculty of Medicine, National University of Singapore (NUS), with a Bachelor’s degree in Medicine and Surgery. She subsequently went on to obtain her Masters in Obstetrics and Gynaecology and became a Member of the Royal College of Obstetricians and Gynaecologists (United Kingdom). Dr Dharsh was a Clinical Teacher and Examiner with the Dept of Obstetrics and Gynaecology, NUS. She has conducted Clinical Skills workshops to train medical students and young doctors in Obstetrics management. She was made Chief Registrar in 2011 at the National University Hospital. An avid orator, Dr Dharsh regularly participates at local and international O&G conferences.

She has presented her research works at international conferences in Greece, Beijing and Kuala Lumpur. She won the first prize for Oral Presentation at the SICOG (Singapore International Congress on Obstetrics and Gynaecology) in Aug 2011 for her paper on Encephalitis related to Ovarian Dermoid cysts. A prolife advocate, she has also published research on the incidence of Chlamydia Trachomatis in post-abortion females in Singapore. Already well known amongst all her patients for her genuine warmth and keen ability to bond with them on a personal level, consultations with Dr Dharsh end up feeling like a visit with a dear friend. Dr Dharsh is experienced performing both natural childbirth and necessary caesarean sections. She has extensively trained in gynaecological surgery (hysterectomies, myomectomies, cystectomies), laparoscopic (key-hole) procedure and has a keen interest in hysteroscopic surgeries (a non-invasive procedure to surgically treat small masses within the womb). Her clinical practice has performed many successful Intra Uterine Inseminations in the process of fertility management. 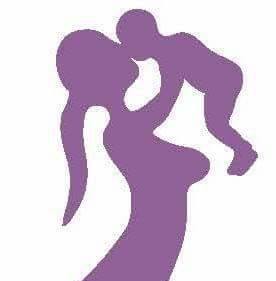 WS Law Women’s Clinic and Laparoscopic Surgery Centre ensures that our patient’s welfare is placed above all. Their gynae clinic specialized in helping women with their health problems. Their care model remains patient-centered at every stage, from consultation to diagnosis and treatment.

GynaeMD Women’s & Rejuvenation Clinic is headed by Dr. Christopher Ng. They provide complete gynaecological, obstetrics, infertility and aesthetics services. GynaeMD exudes a calm and serene ambience upon arrival. As they believe that every individual is different, they focus on a more personalized approach when it comes to consultation for each of their patients.

What is an OB-GYN and what they do?

A doctor who specializes in obstetrics and gynecology is known as an OB-GYN.
Preventive care treatments provided by OB-GYNs include pap screenings, STI testing, pelvic examinations, ultrasounds, and blood tests.

They can provide information about pregnancy, sex, reproductive health, infertility, and a variety of other issues.
Many women see their OB-GYNs at least once a year, despite the fact that guidelines vary by age and alter with time. Some people see these doctors as their primary or only physician.

When should someone see an OB-GYN?

Between the ages of 13 and 15, the American College of Obstetricians and Gynecologists (ACOG) recommends that a person see an OB-GYN for the first time.
This appointment will help the youngster and the doctor form a bond. If the patient has no medical issues and is not sexually active, the doctor will not usually do a pelvic exam.
Around the age of 21 or when they first become sexually active, a person should get their first pelvic exam and pap test. All women should see their gynecologist for a well-woman visit once a year, according to ACOG. The tests that a person requires at each visit are dependent on their age, lifestyle, and health risk factors.

The Finest Travel Insurance in Singapore

The Finest Guitar Lessons in Singapore 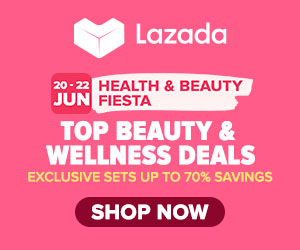